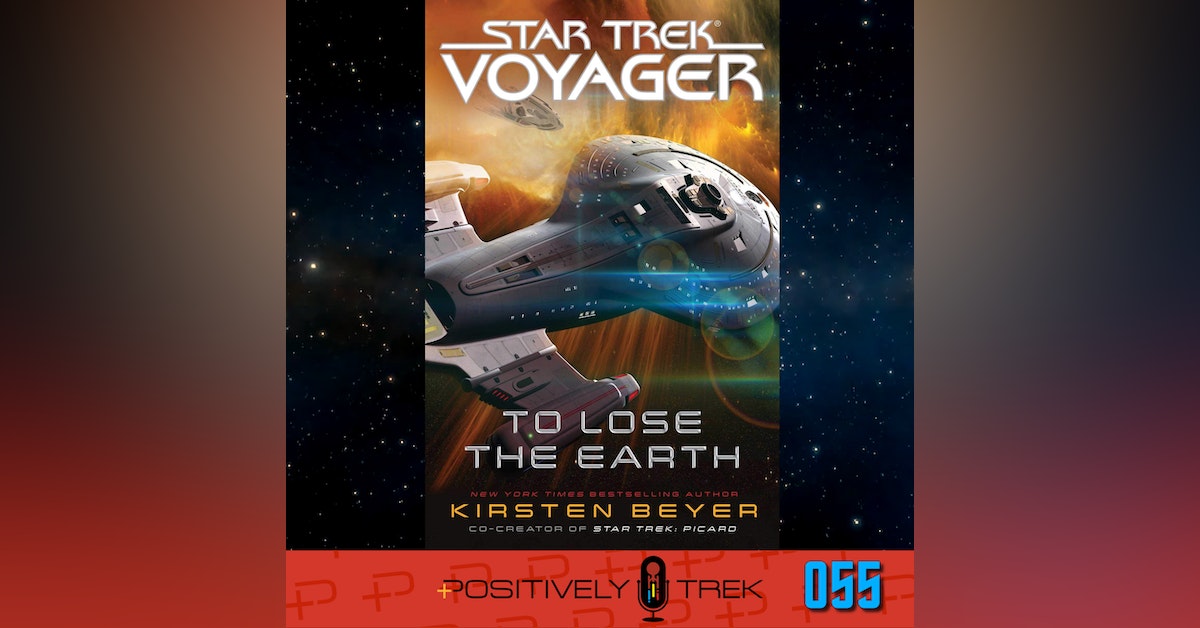 Kirsten Beyer’s journey as the caretaker of the Star Trek: Voyager novel series began over a decade ago with the publication of Full Circle, and novel readers were introduced to Voyager’s ambitious return to the Delta Quadrant. In the years since, we have shared the highs and lows of the voyages of the Full Circle fleet as they explore the former domain of the Borg Collective. With the publication of the tenth and final novel (for now) of the adventures of Voyager under Kirsten’s guiding hand, we find the crews of the fleet ships setting out on a new and unexpected adventure.

In this episode of the Positively Trek Book Club, hosts Dan Gunther and Bruce Gibson are honored to be joined by Kirsten Beyer, Star Trek author and television writer to discuss her final Voyager opus, To Lose the Earth. We talk about the long road to the novel’s publication, the mystery of the U.S.S. Galen, Nancy Conlon’s journey, Aytar Gwyn’s dilemma, the role the Krenim and The Department of Temporal Investigations play in the story, the future mission of Voyager, the future of Star Trek novels, and what Kirsten is up to in the world of Trek on television.