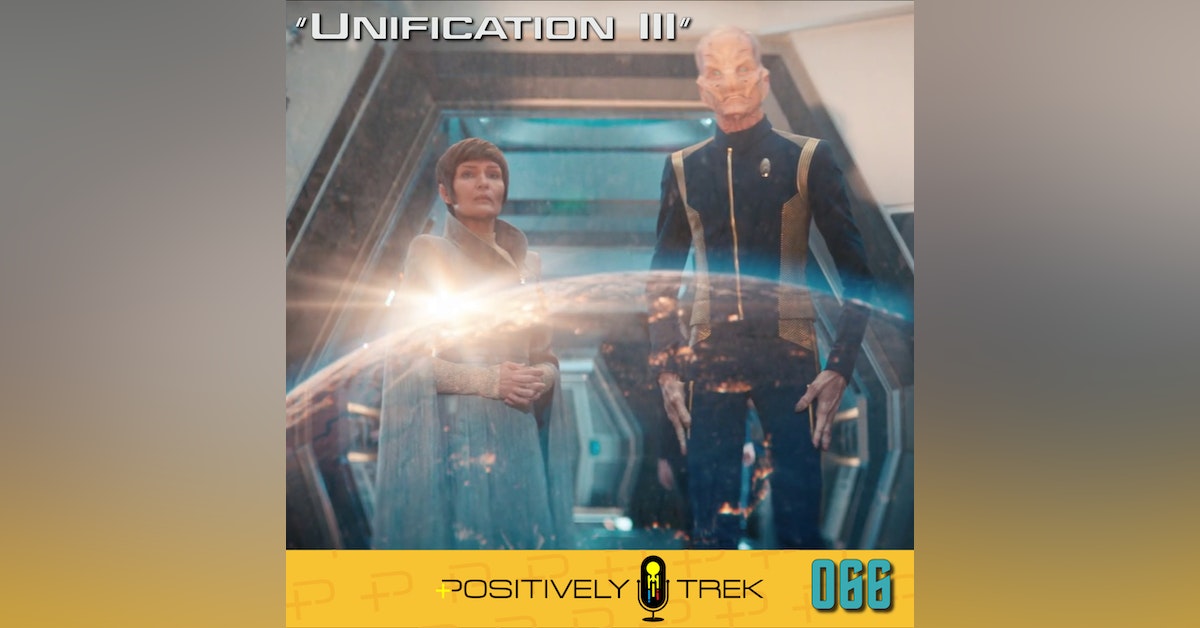 Commander Burnham must represent Starfleet and the Federation to the planet Ni’Var (formerly known as Vulcan) when it is discovered that they may hold a vital clue to the origin and nature of “The Burn.” While en route, Burnham discovers the vital role that her brother, Spock, has played in galactic history…

In this Star Trek: Discovery review episode of Positively Trek, hosts Bruce and Dan are joined by Trek Untold host Matthew Kaplowitz to discuss “Unification III,” the seventh episode of season three. We talk about SB-19, the planet Ni’Var, a familiar character’s return, where Michael belongs, the T’Kal-in-Ket, and Tilly’s surprise promotion!