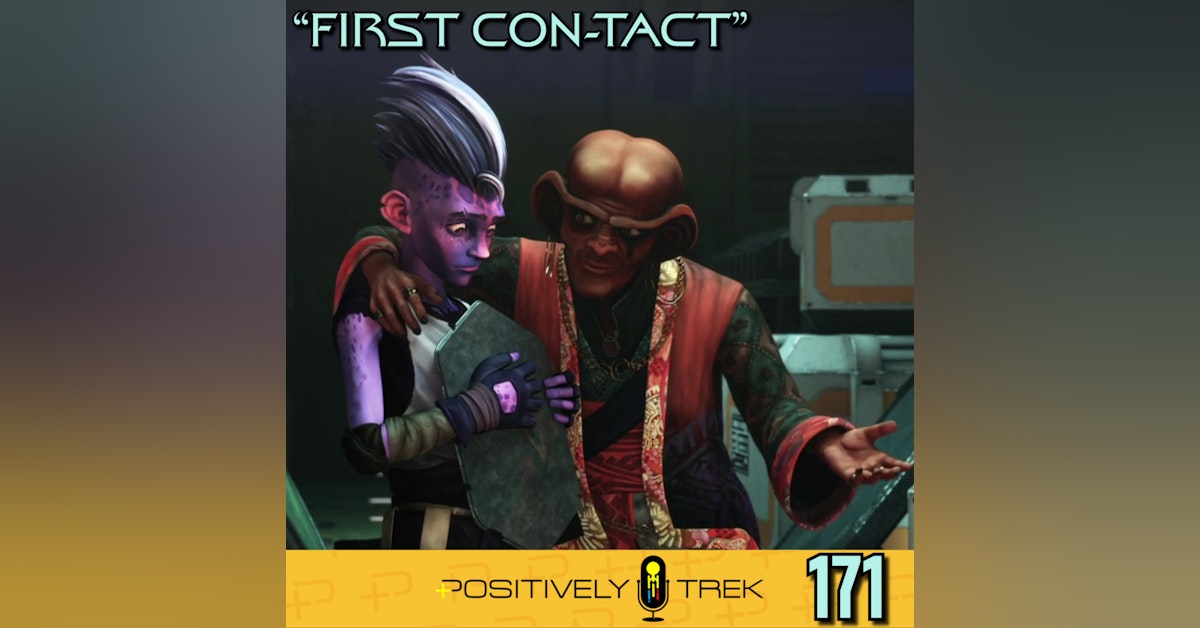 A specter from Dal’s past returns in the form of Nandi, the Ferengi who raised Dal. She has a proposal: first contact with a species in order to obtain a rare and valuable crystal. But can she be trusted?

STAR TREK and all related marks, logos and characters are owned by CBS Studios Inc. Positively Trek is not endorsed or sponsored by or affiliated with CBS/Paramount Pictures or the STAR TREK franchise.HostsDan GuntherBruce GibsonProductionDan Gunther (Editor and Producer)Bruce Gibson (Producer)