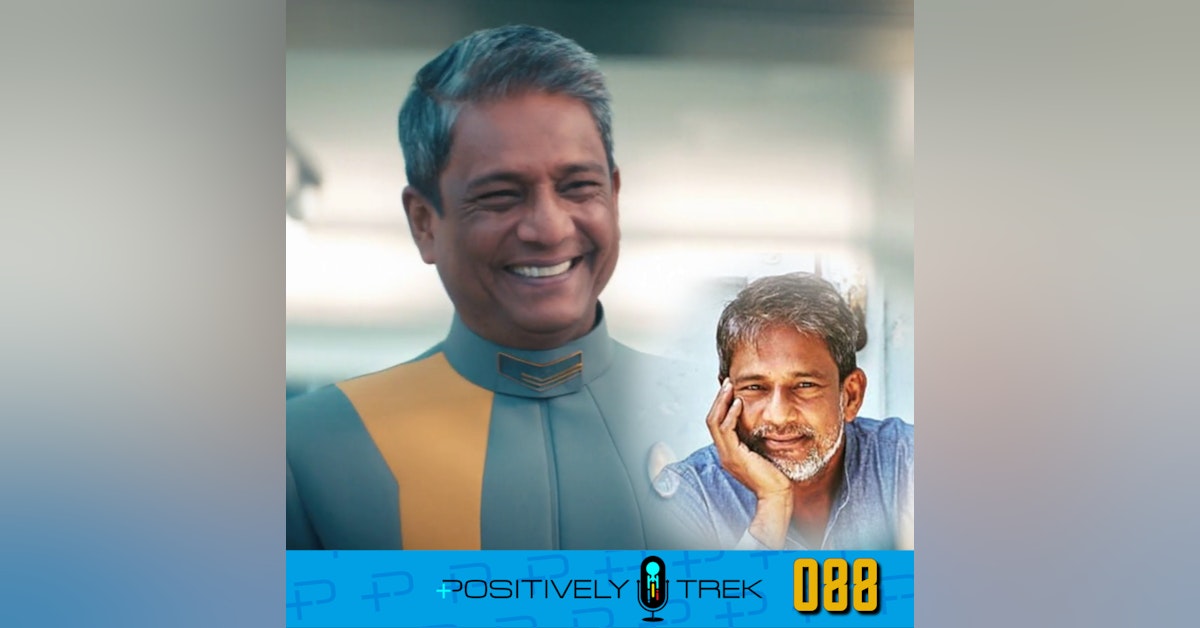 In this special episode of Positively Trek, hosts Dan and Bruce welcome the incomparable Adil Hussain to the show! A veteran of stage and screen, Mr. Hussain is known to Star Trek fans as Aditya Sahil, the Starfleet liason officer Burnham met in the first episode of season three, “That Hope is You, Part 1.” While he only made appearances in three episodes, the character left an indelible mark on the show, and his character is one of the most memorable people to feature on Discovery. We are honored to have him as a special guest for this week’s episode!

In the news segment, we talk about the legacy of actor Christopher Plummer, the upcoming digital release of the documentary Woman in Motion: Nichelle Nichols, Star Trek and the Remaking of NASA, the recent Paramount Plus ads, and the NAACP Image Awards nominations for Lower Decks and Picard.