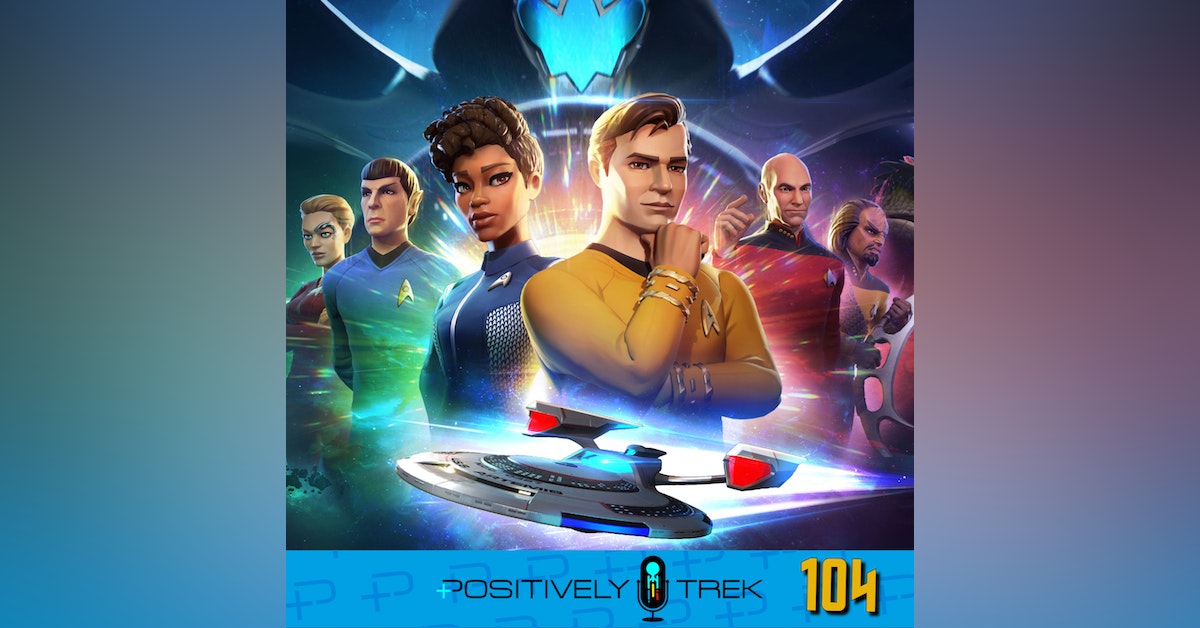 In this episode of Positively Trek, hosts Bruce and Dan are joined by Mike Johnson, writer of many of IDW’s Star Trek comics and one of the minds behind the new mobile game, Star Trek: Legends. We talk about his role in the development of the game, the idea to use the Nexus as a main driver of the plot, the characters, and how writing for the game differs from his works on the comics.We also discuss the week’s Star Trek news, including John de Lancie’s comments about his upcoming role in Star Trek: Picard and LeVar Burton’s upcoming stint as a guest host on Jeopardy!LeVar Burton To Guest Host ‘Jeopardy!’ – TrekMovie.com - https://trekmovie.com/2021/04/21/levar-burton-to-guest-host-jeopardy/

STAR TREK and all related marks, logos and characters are owned by CBS Studios Inc. Positively Trek is not endorsed or sponsored by or affiliated with CBS/Paramount Pictures or the STAR TREK franchise. Hosts Dan GuntherBruce Gibson